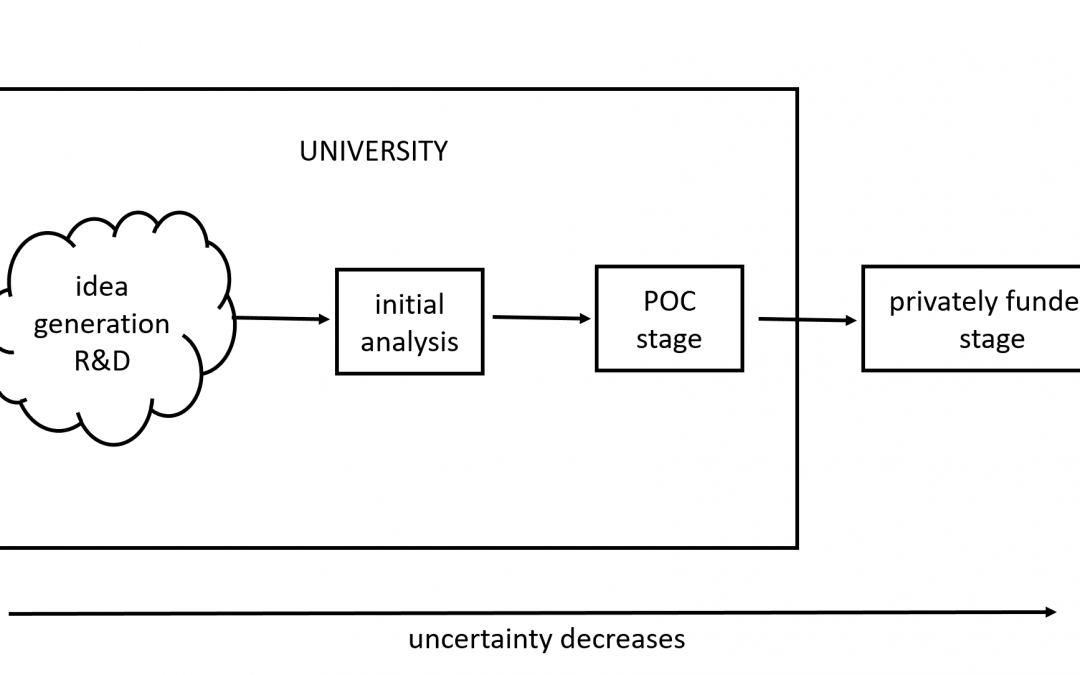 Principal Lecturer of Entrepreneurship at Karelia University of Applied Sciences

More and more universities offer not just entrepreneurship education and traditional patenting-licencing scheme, but also have built in-house commercialization processes (Munari et al, 2016). In this text, I write about the so called proof-of-concept programs (POCs). My personal experience in running one such a program at Karelia University of Applied Sciences has influenced my understanding of the topic quit a lot. For this reason towards the end of the text I raise up one of the key problems associated with POCs i.e. the problem of selecting the right ideas and teams to enter the POC stage. I hope to discuss this problem in more detail in future texts.

Commercialization of novel ideas is a process of uncertainty reduction. There are many questions (Anthony, 2014) such as: Is there a need for our product in the market place? Can we make the technology work and produce it at scale? Are there enough potential customers willing to pay a price that will earn us an attractive profit? The main idea of POCs is to use simple and low cost methods to kill bad ideas early. Ideas that survive with reduced uncertainty earn more investments at later stages of readiness. In a world of limited resources, the moment when an idea or business case is ready for more investments, is a central question in commercialization.

The purpose of Proof-of-Concept (POC) programs is to reduce uncertainty by testing key assumptions of novel ideas. These can include team’s capability of building a working prototype or customer’s willingness to use a demo version of the invention. POC stage takes place after initial analyses on the validity of the business case are done. In higher education, POC programs often bridge the funding gap between traditional R&D activities and private funding. A business case that survives the POC stage becomes much more attractive to the private investors, as the associated uncertainty is lessened (Munari et al, 2016). POC programs often focus on IP owned by the university, but some program operate more like grant programs supporting university-born entrepreneurship regardless of the status of the IP ownership 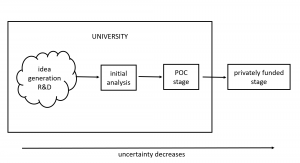 Picture 1. Role of POC programs in the commercialization pipeline

To illustrate how POCs work, let’s look at NASA’s technology readiness level (TRL) classification (Kapurch, 2010). According to TRL an idea is ready for physical tests and prototyping when it passes the first two levels. Passing the first level requires gathering and reporting most relevant scientific findings about the technological challenge. To put it in other words, TRL 1 is about becoming familiar with what is already known. In some cases basic research type activities are needed, if the phenomenon is not well studied. At the second level actual concepts are being developed and analysed for feasibility and benefits. No experimental data or detailed analyses are required to pass this stage. Thus, given what we already know from TRL 1, TRL 2 can be said to be about creating good concepts that solve the challenge. The POC stage begins at TRL 3. This is when developers start to do small experiments to validate their models and assumptions.

NASA’s TRL classification assumes that the technological challenge at hand is important and a solution is required. In business setting however, the existence of a customer need is often the most important uncertainty. In a more business oriented POC toolbox, the lean start up methodology, validation of customer need is the first step. In lean start up, techniques such as use of google ads for testing for customer interest can be used. In the next stage of the process a minimum-viable-product (MVP) is created (Ries, 2011).  Anthony (2014) introduces a process with an initial definition stage and then two steps of so-called desktop research. During these steps basic assumptions of the business case are evaluated by searching for evidence using various sources of information such as online sources and expert interviews. According to Anthony these steps should take only from few hours to few days to do. For Anthony, the POC stage can be seen to begin with building a simple demo to be used by the potential customer.

POC programs that operate in higher education can face unique problems. All students, researchers and faculty in higher education setting are not necessarily fully up to date with business case evaluation and commercialization methods. POC programs or idea grants that only cover some expenses and don’t pay inventor salaries, also have the uncertainty regarding the would-be entrepreneur’s continued motivation (Immonen, 2017). This puts a lot of burden to the selection process, as program should be able pick good ideas and teams from poor ones. Pitching to a panel of experts is a method used by many POC program, but selection based on pitching alone can be heavily biased (Pentland, 2008). One option is to comb through every business case in detail, but this easily increases the relative cost of the selection process itself. Robust and quick ways to deal with selection process would be much needed. This very topic I hope to address in future writings.

Anthony, S. D. (2014). The first mile: a launch manual for getting great ideas into the market. Harvard Business Review Press.